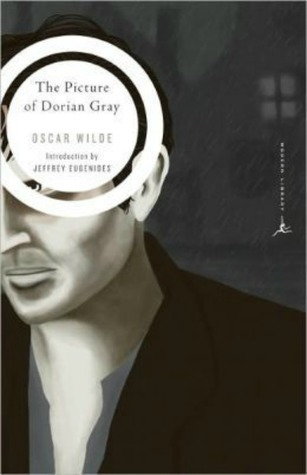 Why did I read this? 1) It is a classic. 2) A friend highly recommended it. 3) I got it for free. All an excellent combination. Also, it is rather short, which made things so much better.

This book reminded me of Dr. Jekyll and Mr. Hyde. It portrays evil and selfishness as a nasty thing that gives devastating consequences to both men. Consequences that both characters strive to eradicate, but in the end they fall prey to their own selfishness.

I remember as a kid getting some idea that this book was on the ‘bad’ list. I shouldn’t read it because it contained terrible things and was bad morally and stuff. However, when I read it as an adult, I was surprised at how moral this book really was. Sin, bad decisions, evil, is always portrayed in a bad light and seen as a terrible thing. Also, the bad guys don’t get scot free in the end. There are consequences to all of our actions, and those consequences eventually catch up to us.

I would say that anyone could read this, especially because it isn’t descriptive at all about what Dorian Gray does. You get hints and the occasional scene, but there is no detailed description on how he makes his picture look so terrible. However, I would caution against a younger crowd reading it simply because the whole book is rather subtle, and I would be afraid of them just not getting the book, or finding it boring.

What I found the most interesting was how Oscar Wilde showed the consequences Dorian Gray’s actions had on the people around him. He did not simply do evil deeds, he did them to people and with people. While for him there are no consequences to his actions, such as growing old, or seeing the effects of a bad lifestyle, for the others around him there are devastating consequences. I would say that one of the most chilling scenes of the whole novel was the description of a young man he had introduced to drugs. The young man was completely addicted, and had ruined his entire life in pursuit of those drugs.

I thought the portrayal of Dorian Gray’s fall from light and goodness to evil and sin was a very realistic one. He goes from one thing, to another thing, to another thing, all the while thinking that he is in complete control and can get out at any time. But when he tries to get out of his paths of action, he falls right back into it, showing how addicted he is to his entire way of life. It also shows how he drags many people down with him into the mire, and for him, and for them, there is no way of escape. (I know that in real life there is a way of escape, but in this novel, which is basically a tragedy, it is shown as inescapable)

What I did not enjoy was all the bad moralizing at the beginning of the story. And by bad, I mean I did not agree with the moralizing. Dorian Gray’s mentor was basically preaching a whole sermon on why we should not follow a moral code, and why we should do whatever we want, and you are only interesting when you are young and beautiful. Blegh. He does get contradicted by the end of the story, but I did not appreciate the endless string of bad sermons in the beginning. Cut the talking, get to the action people!

In short, I enjoyed the short read, and if you are interested in a small look at the psychology of man, I would recommend it!

View all posts by Shaina Frantz